I love potatoes and cheese, so this is one of my favorites! My Aunt Mary Jane (no relation to any other MJ despite the "baked hash" title) was the one who gave my mom the recipe, so this dish became her namesake. Aunt Mary Jane, like many other Northern Italian women, loves butter. I, however, am attempting a diet so I made the recipe "healthier" by using all low-fat ingredients and margarine (because this clearly makes it better for you). Below is her original recipe, which doesn't actually taste that much better than the slightly less fatty version I made. 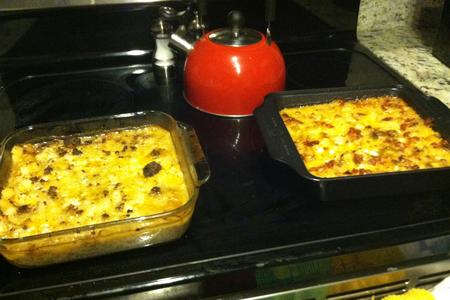 I also added steamed broccoli (I mean obviously - I'm on a diet!). However, you could also try other things. I'm sure bacon in it would be delicious! Or if you wanted to make it more meal worthy, I think other meats such as ground beef would work.

My potatoes were a little watery, even though I cooked them over the indicated hour. I think cooking them longer would have fixed that problem... but I was reeeally hungry. And they were delicious!

One night I was cooking for my roommates and I tried the more substantive version. I added soy beef (cooking red meat still makes me nervous) before I baked it. For real beef, you would probably have to brown it or something first. Who knows? I didn't want to risk giving my roommates food poisoning so I didn't try it.  For the one on the right I also added bacon. Both were delicious, but I think the bacon one might have been a little better.

The sweetest way to procrastinate. © 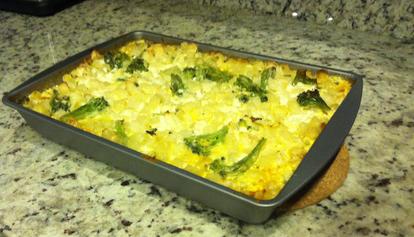